Ezgi Kılınçaslan concentrates on the experience of death and mourning. The title of the show, Du hättest beinach gelebt (You Would Have Lived), refers to a verse of Paul Celan, and gives clues about the motifs to be found in the works: the fragility and the transience of human life, the magnetic pull of death, the loss of the other and the self, and the liminality experienced during the irreversible course of dying. Containing different media such as painting, drawing, video projection and wall installation, Kılınçaslan’s exhibition presents a wide range of formal resonances and also a rich interplay between literary references. 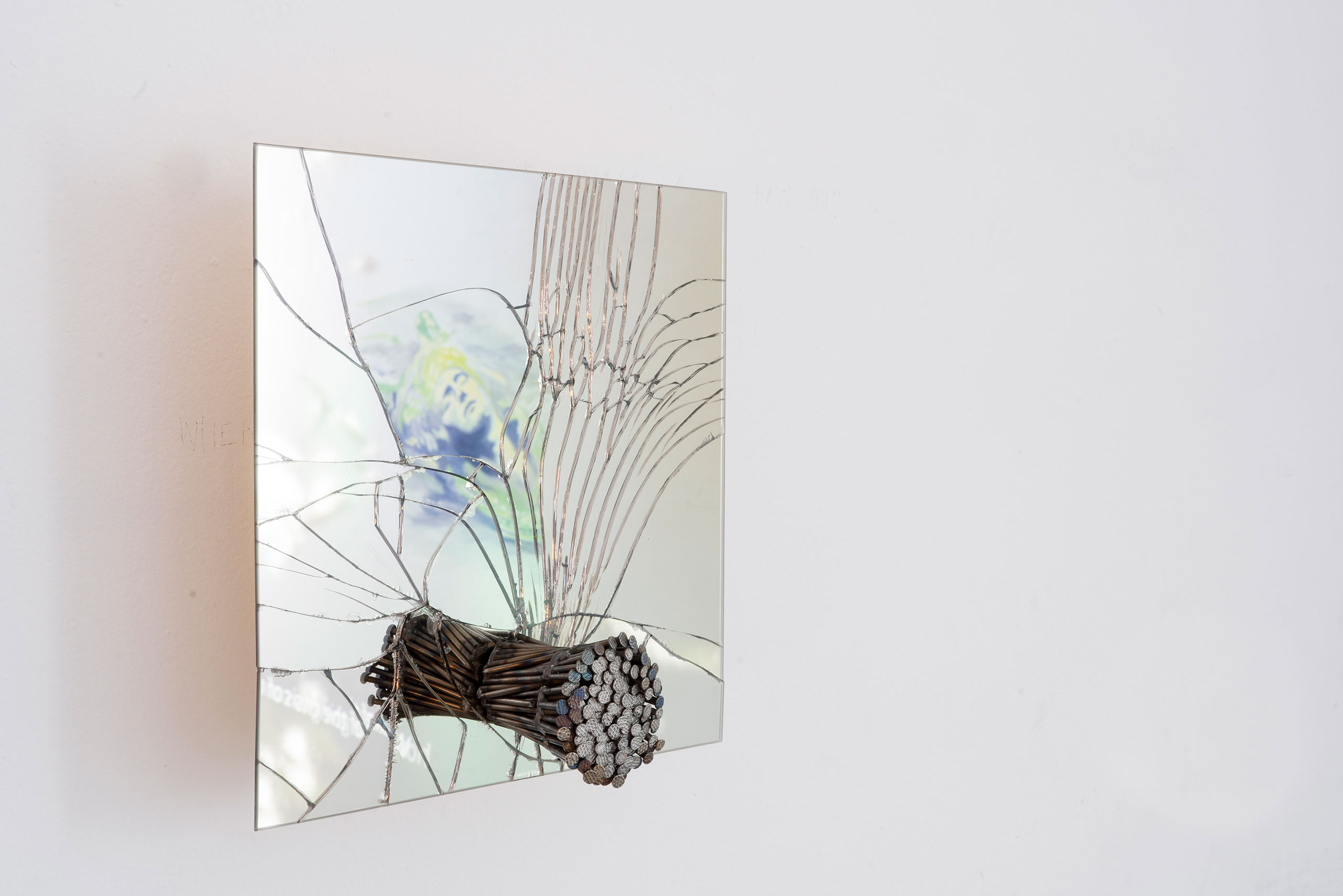 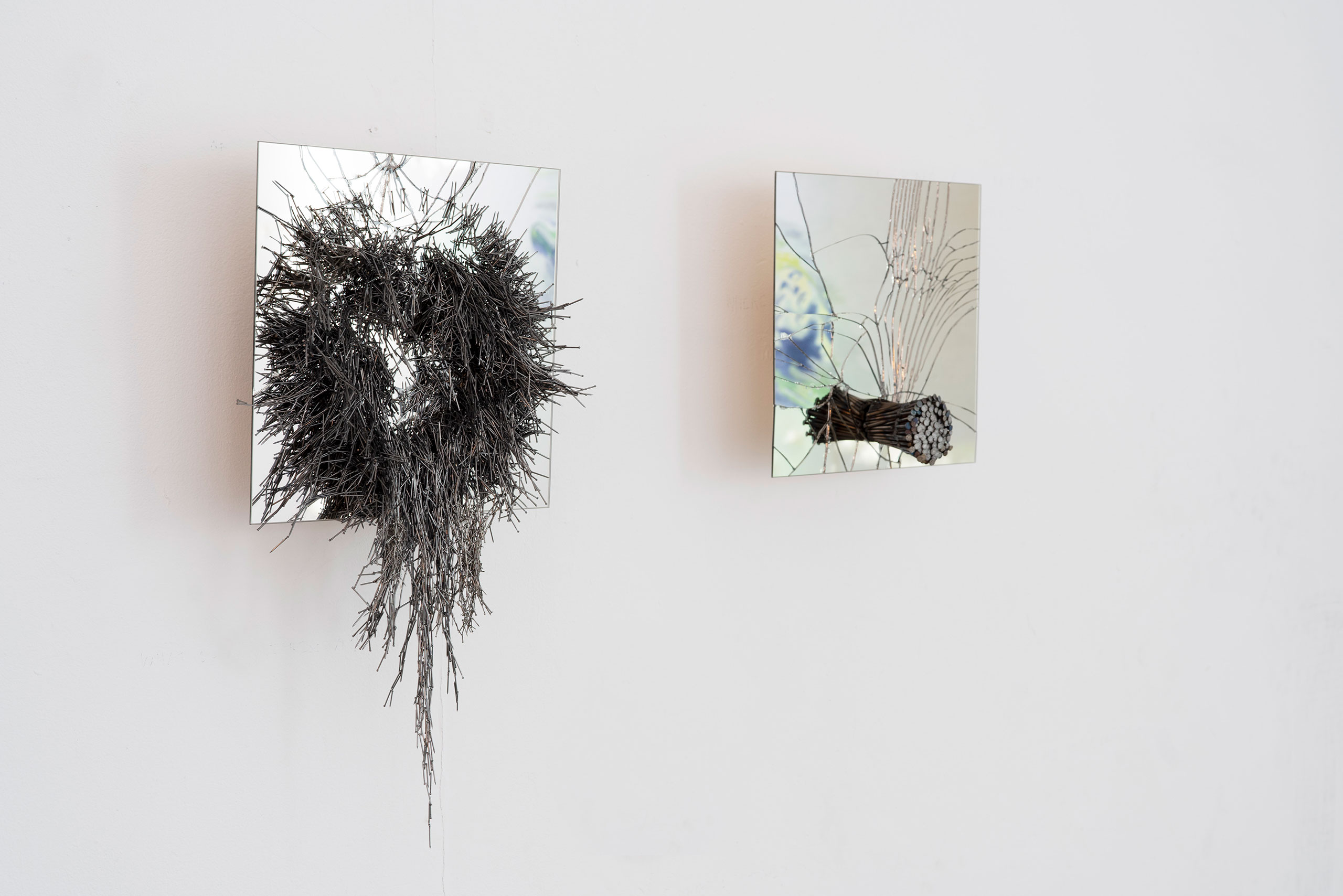 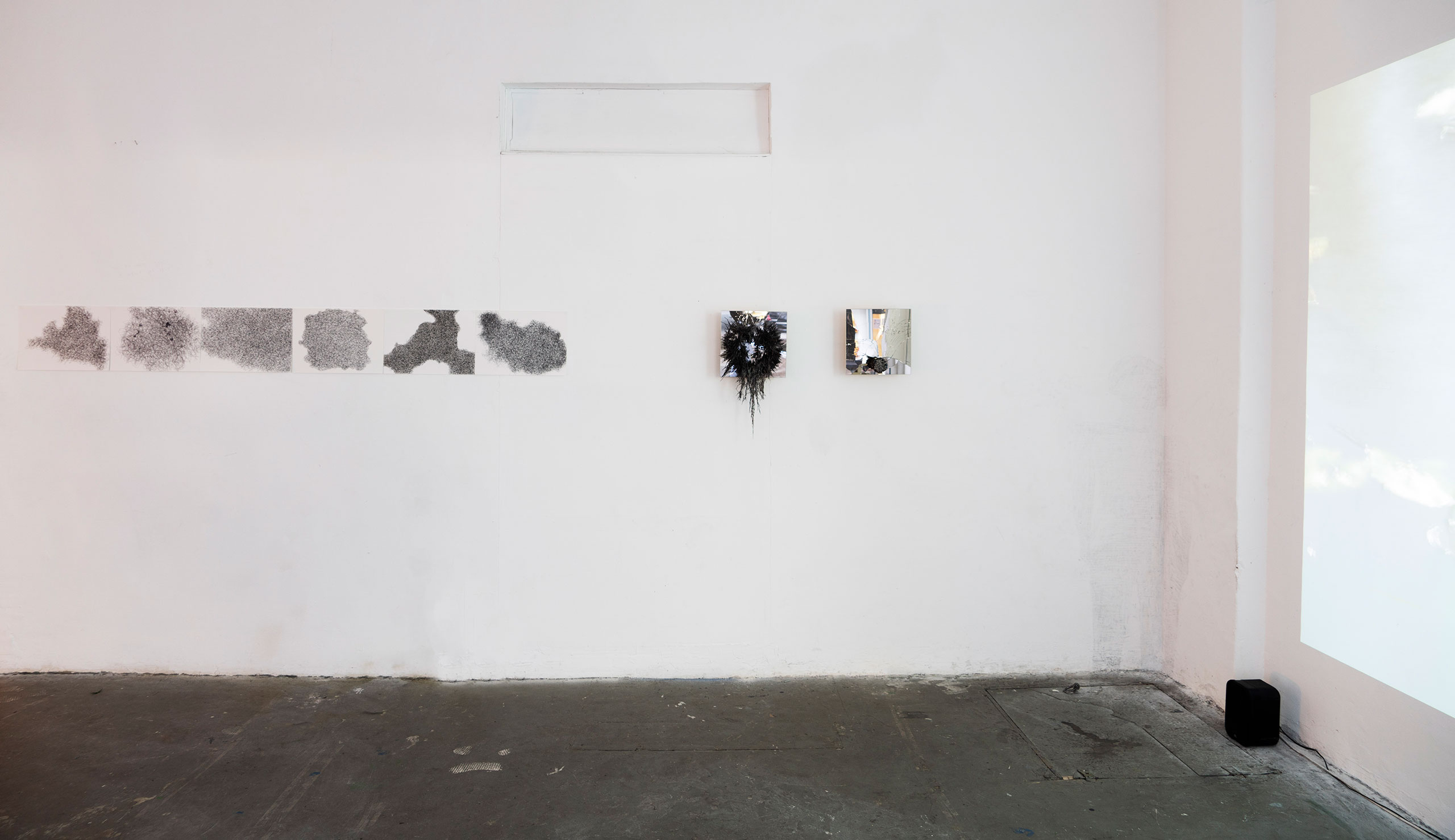 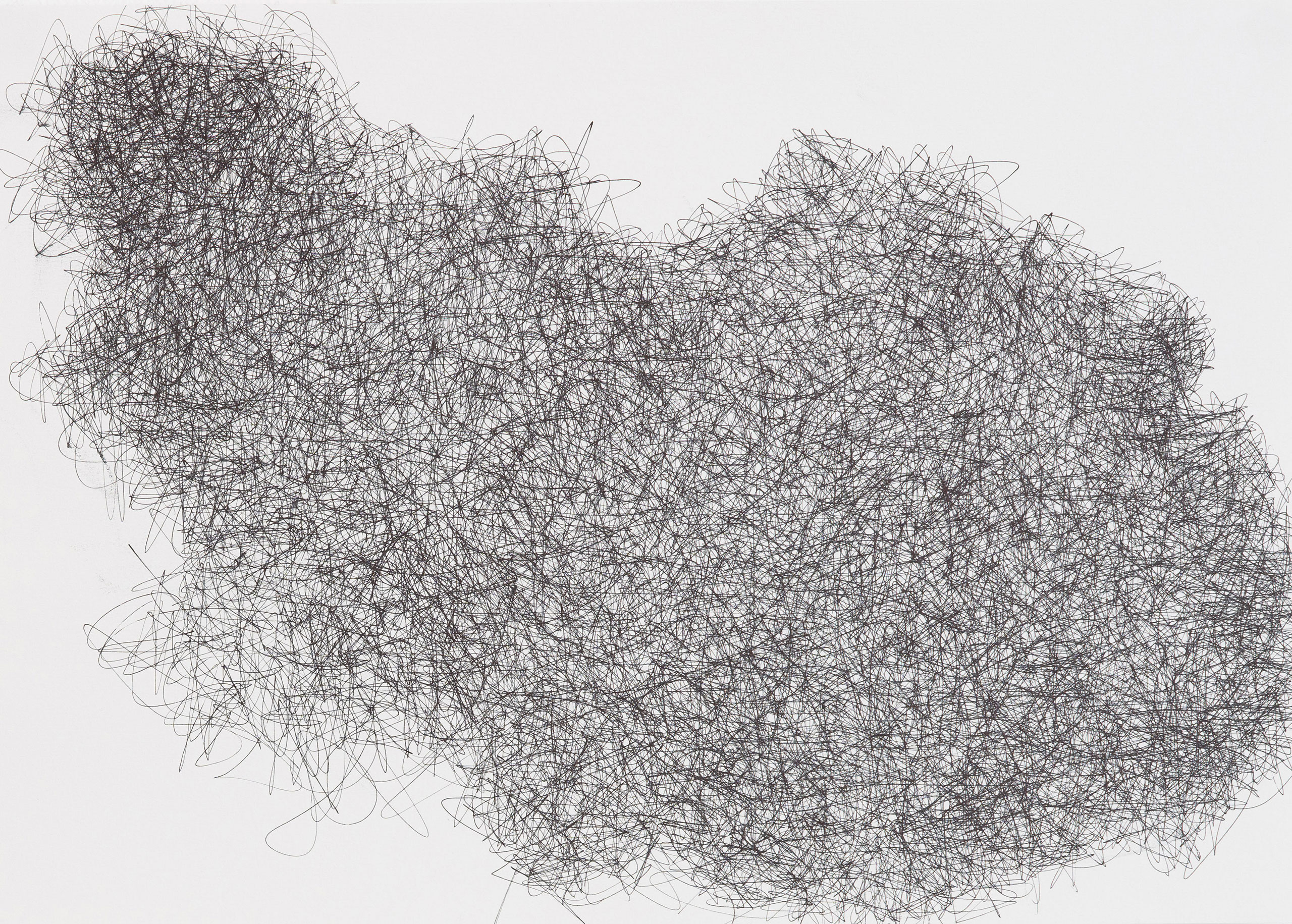 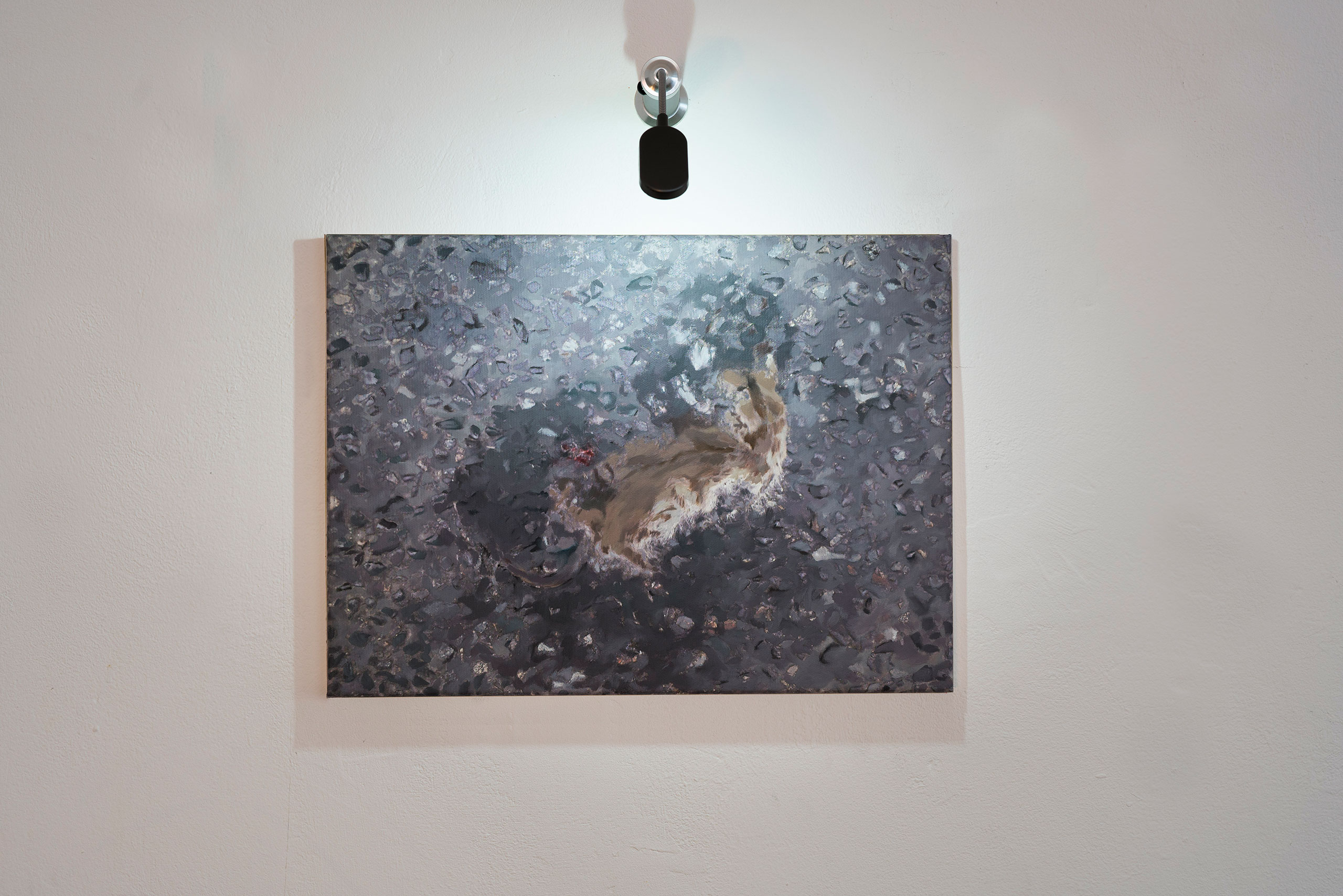 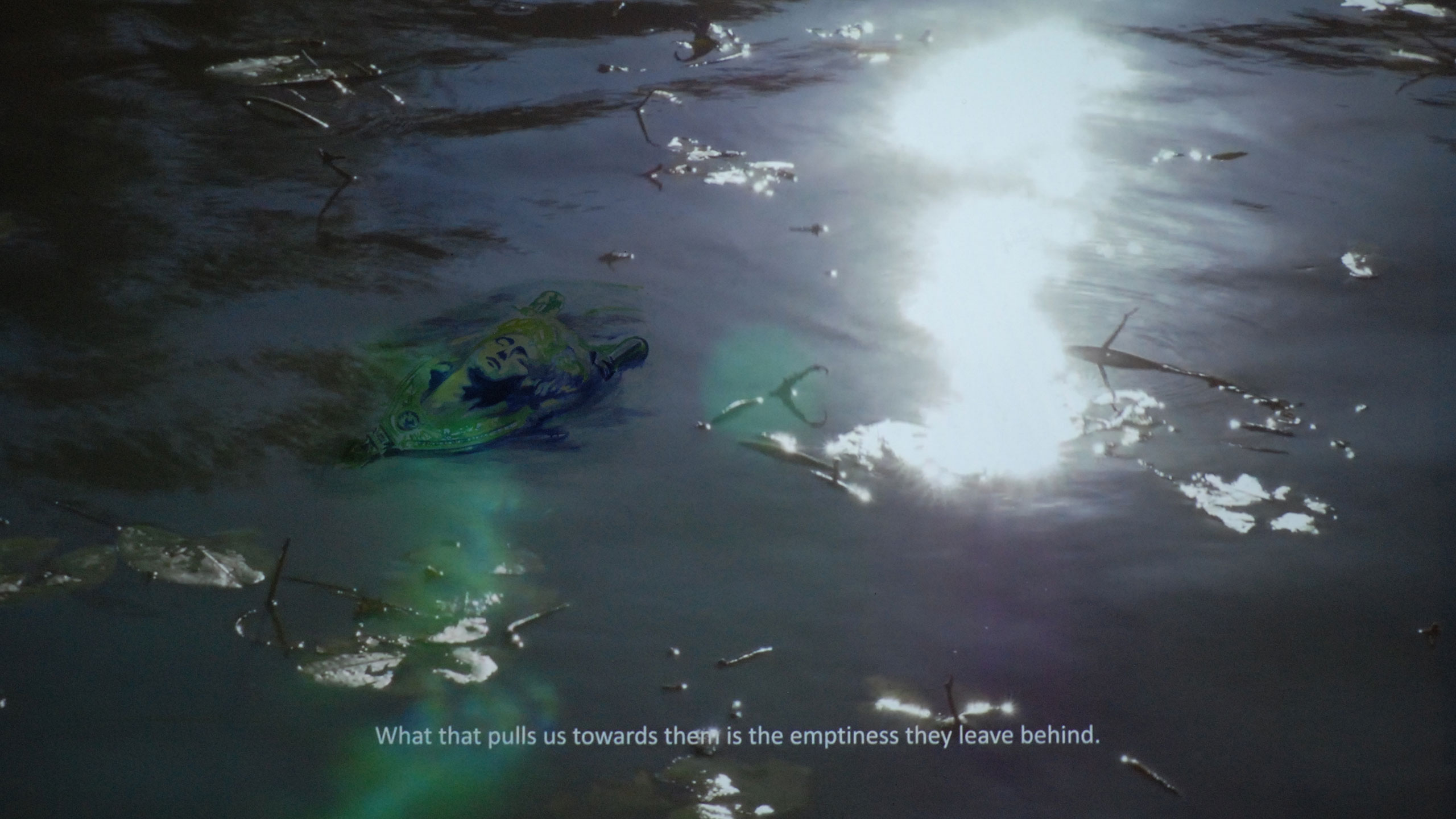 “We were like you,” they say. “You won’t get the answer to any question. The thing that is real is the longing within you, don’t try to extinguish that.” (Ahmet Hamdi Tanpınar)

Neither past nor future, neither life nor death…

Stacked on a liminality.

Neither back nor forth, but always the longing for the other’s.

Orpheus was the first living soul who descent to underwold and ascent back to light.

When he lost his beloved Euridice, he lamented so deeply and with his lyre sang his grief. Even Hades touched by his song and gave him a change under one condition. Euridice would follow him on his way to life but he should not look at her face until both of them pass the treshold to the light. He had to be patient until the last step. Even he aggreed on the condition, lost his patient. As he past the treshold he turned back to be sure that he has her again. At that moment he lost Eurydice again and forever.

The gap coused by the loss gets deeper and deeper, it inhales the other who lives.

What is left after the death is the memories of the past with a huge emptiness of not being existing. The flowing memories on this emptiness are the feelings that could not even really objectified.

you would have lived.” (Paul Celan) 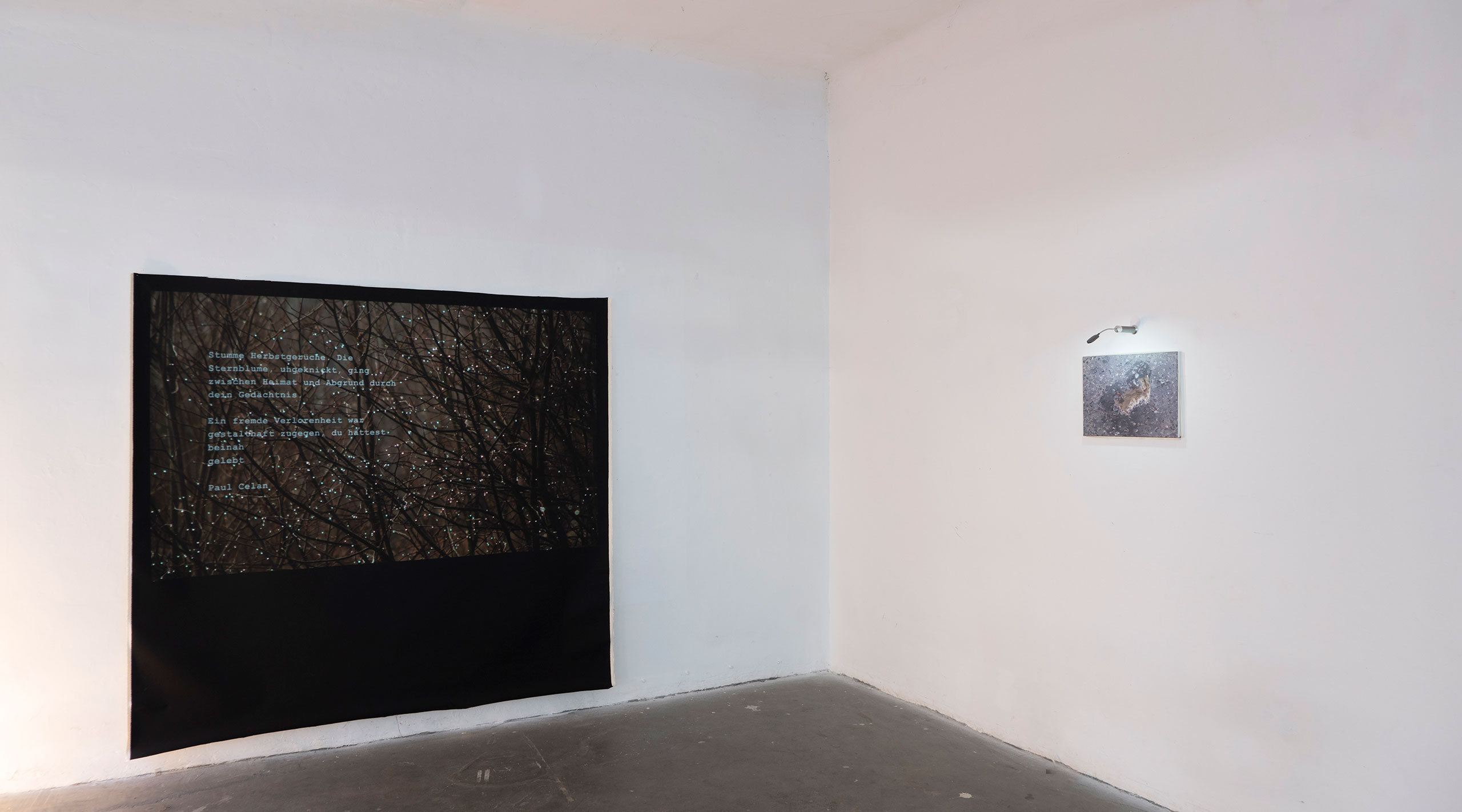 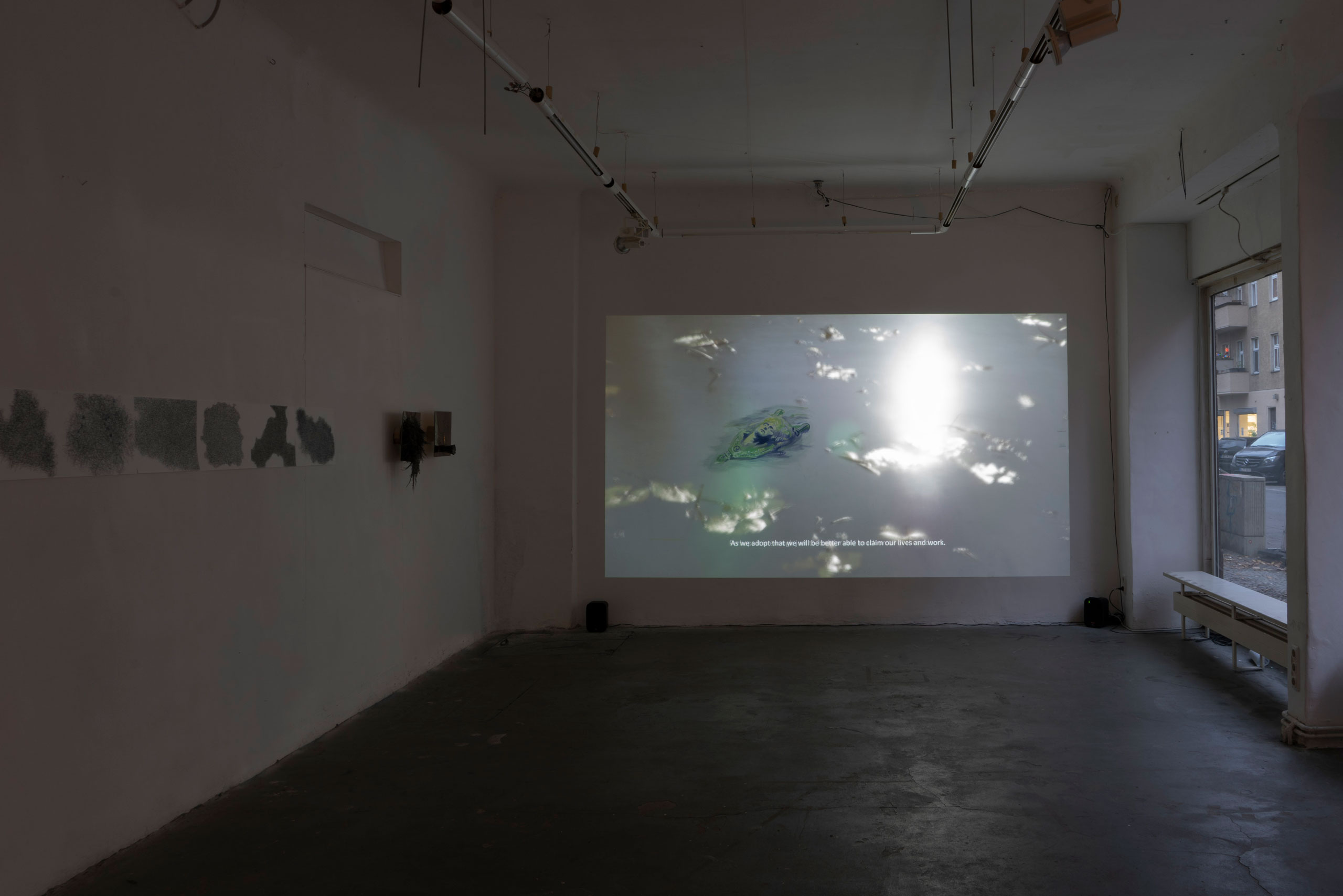