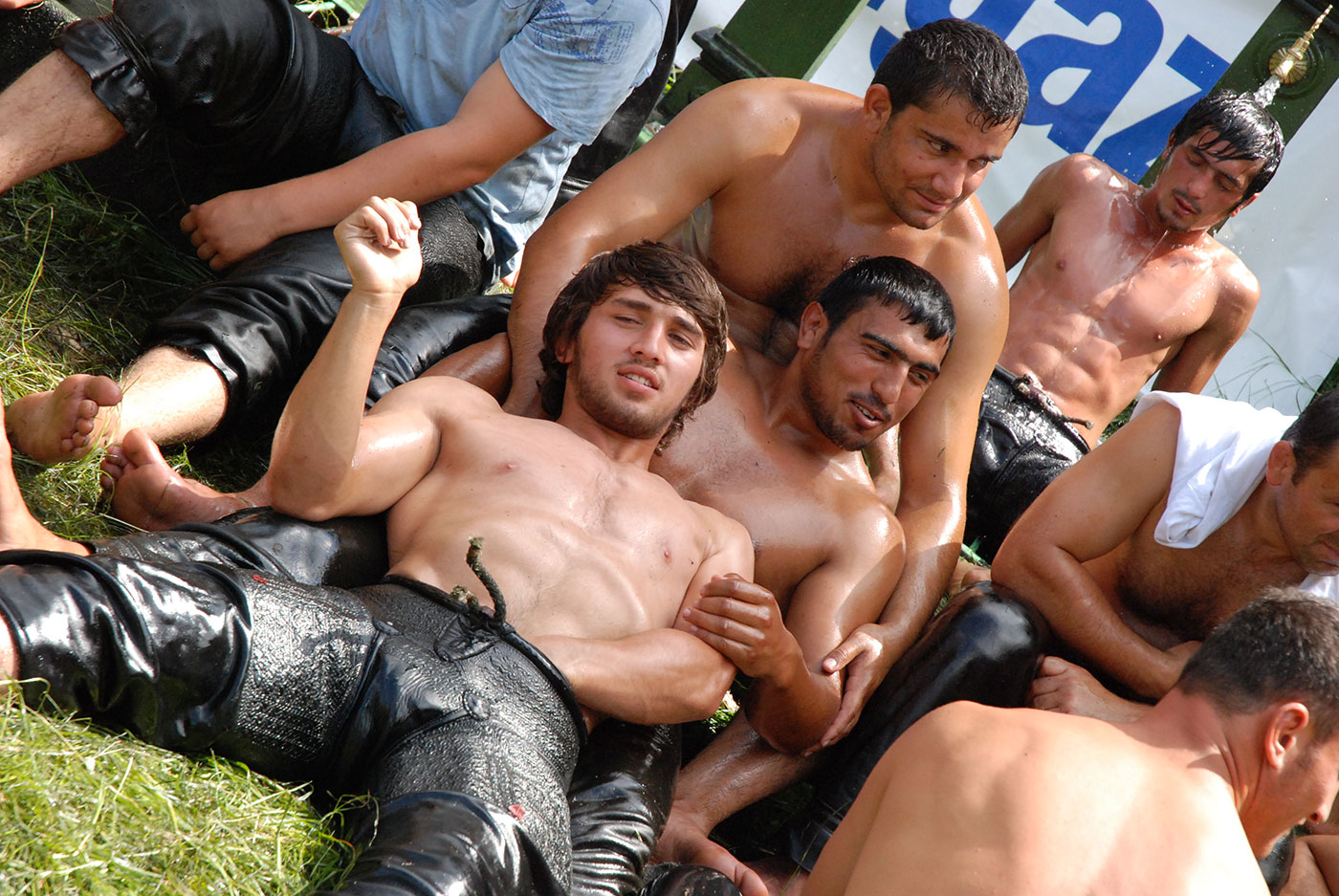 Oil wrestling is a very popular historical sport tournament in Turkey which is arranged annually in Edirne. The rules of the competition are 600 years old and were established under the Ottoman Empire. During the Empire period, it was a spare time activity amongst the soldiers in the army while they were on march to conquest. Oil wrestling tournaments had been interrupted after the establishment of the Turkish Republic, but later on they began to be organized annually in Edirne as a historical and traditional sport competition.
The artwork is named after the arena where the tournaments take place. Er Meydani. Place of the Brave (Men). This three channel video installation attempts to create a hyper-gaze by coordinating / directing / forcing together the many components that constructed the atmosphere of the arena. The aim is to intensify the relationship between the observed
and the observer.
The intensity of the gaze is empowering. The constructed situation rises from the empathic valence of the images of the surrender and, to a lesser extent, from his desire to dominate. It is a theater of the momentary defeated, of the broken wrestler.